When the farm has two or more owners the ownership interest is ‘tenancy in common’.

Tenancy in Common: “An estate held by two or more persons, each of whom has an undivided interest”.

The appraiser is appraising the property to determine the estimated value of the undivided or ‘fractional’ ownership interests owned by individual(s) and at what percentages held.

Fractional interests typically face two factors that adversely affect their valuation: a lack of marketability and a lack of ownership control. Thus, when such interests are transferred or valued for estate tax purposes, these adverse factors are frequently recognized by valuing the property at a discount from its otherwise fair market value.

There are two approaches commonly used to value a real estate fractional ownership interest: a market approach, which applies a discount to the appraised value of the property, and an income approach, which essentially determines the discount that should be attributed to the costs incurred in a hypothetical suit to partition the property.

The market approach is based on the fractional ownership of the appraised value of the property, as if it were owned in fee simple, adjusted by a discount to reflect the lack of control and marketability inherent in a fractional interest.  The discount is normally derived from empirical data for arm’s length sales of fractional interests in real property.

A review of four published studies found that the discounts ranged from 6% to 87%, with most being between 23% and 37%.  A review of nine reported tax court decisions found that permitted discounts ranged from 13% to 60% and that, as with the published studies, there was a reasonably strong inverse correlation between the size of the permitted discount and the size of the ownership interest.   Based on a regression analysis of the tax court data, which is the most specific, the greatest permitted discount for a 25% ownership interest would be approximately 60% and that for a 50% ownership interest would be approximately 20%.  Thus, it appears to be established that the discount is a function, in large part, of the percentage owned: the larger the ownership percentage, the smaller the discount.

A property owned in common tenancy by 2 farmers would be discounted slightly within the reported range of the tax courts. So, a 50% ownership interest, the discount would be 25%. Based on the following example of a farm owned by two farmers, 100 % ownership of $1,000,000 market value and owned in ‘tenancy in common’ by two farmers would be $500,000 before proper discounting. In other words, a 25% discount, the market value per ownerships would be estimated at $375,000.

Evaluating or appraising the ownership interest involving a ‘tenancy in common’, can be accomplished by qualified and Certified General Appraisers who understand appropriate discounting methods. 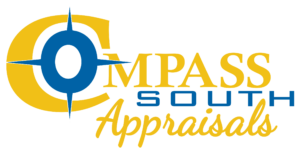